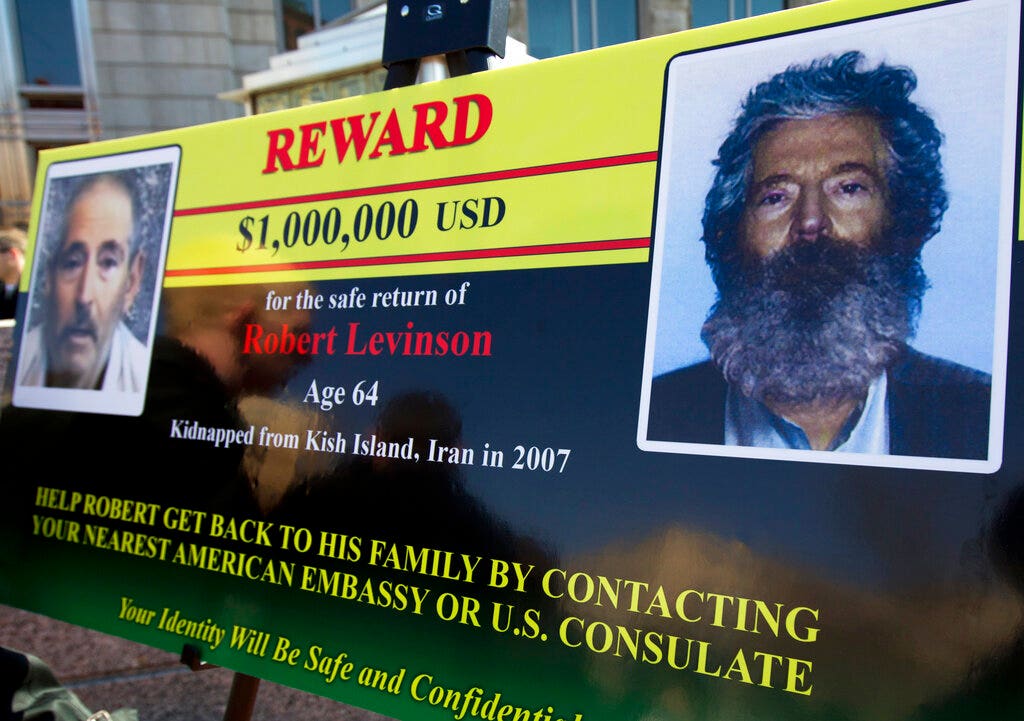 Get all the latest news on coronavirus and more delivered daily to your inbox. Sign up here.

The FBI won’t give up on “finding out what happened” to former agent Robert Levinson, who disappeared from an Iranian island in 2007 and is believed to have died in Iranian custody, FBI Director Christopher Wray wrote in an email to his workforce on Thursday.

The email, obtained by The Associated Press, was sent a day after Levinson’s family revealed that the U.S. government believes Levinson is dead. The family’s statement on Wednesday said officials don’t know “when or how he died, only that it was prior to the COVID-19 pandemic.”

Wray met with the Levinson family and “explained that the most credible evidence we have collected over the past 13 years points to the likelihood that Bob died in captivity,” he writes in the email.

“It pained me to deliver that news, but I believe that we owed Bob’s family a thorough and candid presentation of the information that we’ve collected,” Wray wrote without divulging more details pointing to evidence of Levinson’s death.

Levinson was 58 when he traveled to Kish Island, Iran, in 2007 while working as a private investigator. He reportedly was taking part in an unauthorized CIA mission.

Upon his arrival, Levinson was said to have met with an American fugitive — Dawud Salahuddin — targeted by the CIA for recruitment, a source close to the Levinson case told Fox News in 2016.

Salahuddin was wanted by the CIA for allegedly murdering an Iranian diplomat in Maryland in 1980, and Levinson hoped the mission to deliver him to the agency would secure him full-time employment with the CIA, the source told Fox News at the time.

Shortly afterward, Levinson disappeared, but Iran repeatedly denied capturing him or knowing of his whereabouts.

Wray’s vow to “find answers” for the Levinson family coincides with President Trump’s push for Iran to confirm Levinson’s death and take responsibility for his disappearance.

“Only Iran knows for certain what happened to Bob since his abduction more than 13 years ago,” Secretary of State Mike Pompeo said in a statement on Thursday. “As President Trump said, we call on the Iranian regime to provide a full accounting of Bob’s fate and will not rest until all Americans wrongfully detained by Iran are back home.”

“We’re going to keep working doggedly to determine the circumstances surrounding Bob’s abduction and his time in captivity, to find the answers we all want and that the Levinsons deserve,” Wray’s email added.

The Associated Press contributed to this report.