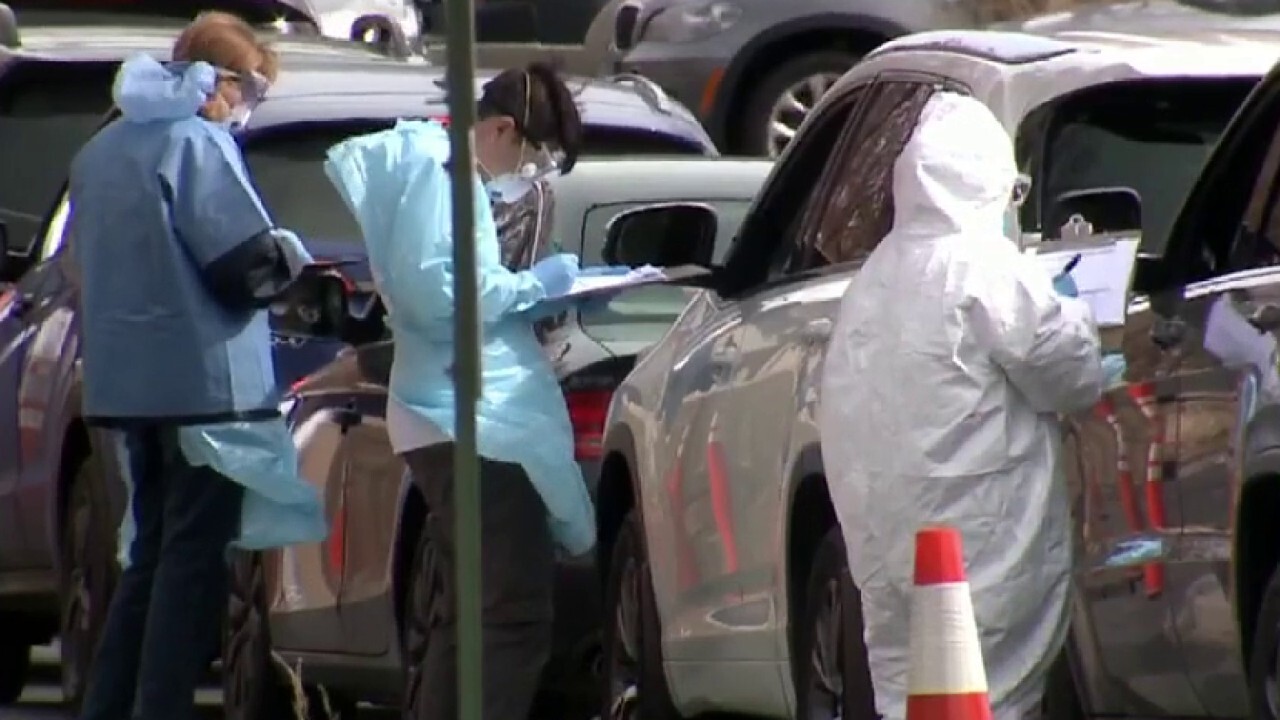 New York’s Elmhurst Hospital is at a breaking point amid the coronavirus crisis — with 13 patients dying there in a 24-hour span, officials said Wednesday.

The number of deaths recorded at the Queens facility between Tuesday and Wednesday was “consistent with the amount of ICU patients being treated there,” a spokesman for the city public hospital systems said in a statement.

“Elmhurst is at the center of this crisis,” said Christopher Miller. “It’s the number one priority of our public hospital system right now.”

“Staff are doing everything in our power to save every person who contracts COVID-19,” Miller said.

“But unfortunately this virus continues to take an especially terrible toll on the elderly and people with preexisting conditions.”

Officials say the 545-bed hospital is overrun and in desperate need of supplies.

It’s currently operating at more than 125-percent capacity, compared to its typical 80-percent capacity rate, a source told Patch, which first reported that the hospital was overwhelmed.

CORONAVIRUS DEATHS IN THE US TOP 1,000

“It’s like working at a field hospital in the middle of a war zone,” one ER nurse told The Post.

“New patients are lined up the doors and there aren’t enough beds to hold them. Equipment is running out faster than we can restock it. I’ve never seen anything like it.”

According to The New York Times, some people have died inside the emergency room while waiting for a bed.

Earlier this week, scores of people were seen lined up outside the hospital just to get tested for the coronavirus.

Those lines are “just an indication of the overflow and the lack of capacity,” City Councilman Francisco Moya, D-Queens, told The Post.

“They’re inundated,” said Moya, who was born at the hospital, used to work there in development and represents the district its located in.

In the last 24 hours, Elmhurst added 25 staffers from other hospitals, as well as a number of ventilators, said Moya. On Monday, the councilman and Jonathan Krane, the co-founder of the upcoming soccer team Queensboro FC, delivered 1,000 face masks to the hospital.

But the facility will need a lot more help to sustain itself amid a surge in coronavirus patients.

Queens has been hard-hit by the pandemic and accounts for about a third of Big Apple cases, 6,420 as of Wednesday, according to city data.

About 30 percent of Big Apple cases are Queens residents, 5,066 as of Wednesday, according to data from the City Department of Health.

Elmhurst staffers on the front lines are “doing a tremendous job with limited resources they have,” Moya said — but the hospital is “at a critical stage.”

“They’re not going to be able to sustain,” Moya said. “The relief has to be there for the doctors and nurses. And quickly.”