Los Angeles Lakers superstar LeBron James has reiterated his desire to avoid playing NBA games without spectators if the 2019-20 season resumes amid the coronavirus pandemic.

The 35-year-old had led the Lakers to the top of the Western Conference standings when the league was suspended on March 12 after Utah Jazz center Rudy Gobert became the first NBA player to test positive for the virus.

“What is the word ‘sport’ without ‘fan’?” James said on the Road Trippin’ podcast, hosted by former his Cleveland Cavaliers team-mates Richard Jefferson and Channing Frye.

“There’s no excitement. There’s no crying. There’s no joy. There’s no back-and-forth. There’s no rhyme or reason that you want to go on the road and just dethrone the home team because of their fans and vice versa. 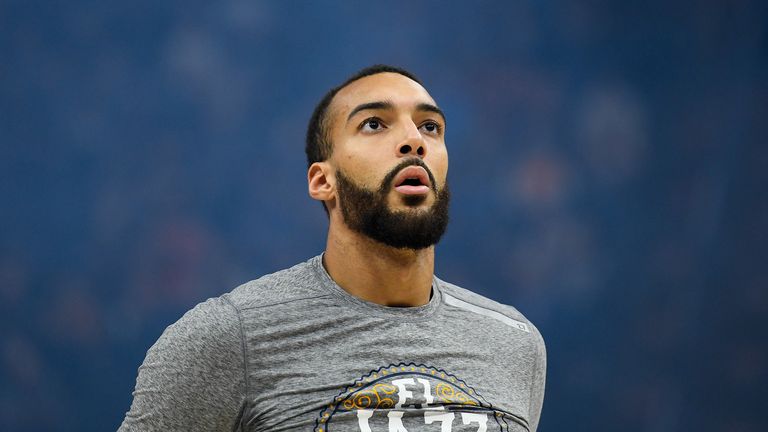 Image: Rudy Gobert was the first player in the NBA to test positive for coronavirus.

“That’s what also brings out the competitive side of the players to know that you’re going on the road in a hostile environment and yes, you’re playing against that opponent in front of you, but you really want to kick the fans’ (backside) too.”

James expressed concerns for NBA players competing against someone who was diagnosed with the coronavirus, and also provided tongue-in-cheek responses to how he will handle physical interaction with the fans.

The four-time MVP said: “So what happens when a guy who is tested positive for corona and you’re out there on the floor with him and it’s a loose ball?”

“I ain’t high-fiving nobody for the rest of my life after this (expletive).”

James appeared to take a more serious tone when discussing the idea of the NBA going straight into the playoffs upon a potential return to action.

“One thing you can’t just do is go straight to the playoffs,” James said.

“Because it discredits the 60-plus games that guys had fighting for that position.”