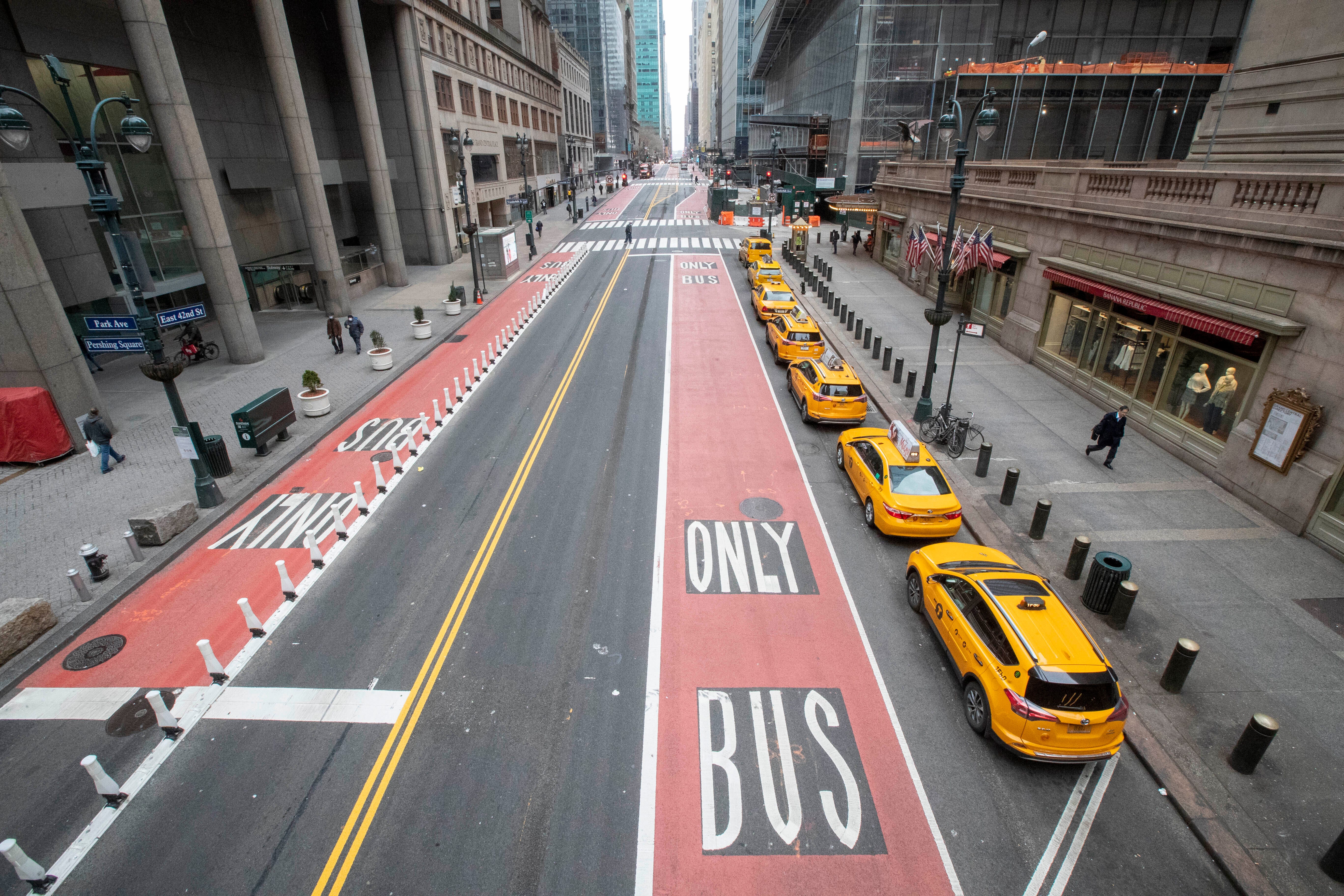 Get all the latest news on coronavirus and more delivered daily to your inbox. Sign up here.

U.S. deaths from the coronavirus pandemic topped 1,000 on Wednesday night as all 50 states have reported confirmed cases of the disease.

New York City is currently the U.S. epicenter of the virus, with over 20,000 cases and 280 deaths. Over a quarter of all deaths in the country have occurred in the city.

President Trump implored Congress to move on critical coronavirus aid without further delay. Senate leaders were trying to overcome late objections to a $2 trillion economic rescue package to ease the financial pain of the pandemic.

Worldwide, the death toll climbed past 21,000, according to a running count kept by Johns Hopkins University. The number of dead in the U.S. rose to 1,041 as of late Wednesday, with nearly 70,000 infections.

While cases have continued to dramatically increase in NYC, Gov. Andrew M. Cuomo, D-N.Y., said on Wednesday said that there were early signs that restrictions enacted in the city — including limits on social gatherings — were slowing its spread.

Estimates on Tuesday showed cases doubling in the city every 4.7 days, compared to Monday when it was doubling about every 3.4 days.

“That is almost too good to be true,” the governor added, according to the New York Times. “but the theory is, given the density that we’re dealing with, it spreads very quickly, but if you reduce the density, you can reduce the spread very quickly.”

About 12 percent of all confirmed cases are currently hospitalized, the paper reported. Cuomo said the peak of people needing hospitalization in New York was about three weeks away.

The order to stay at home in New York went into effect on March 22, and New York City’s 1.1 million-student school system was not closed until March 15 — after other districts had already shut down.

The state’s first positive case was recorded on March 1, and now its caseload is roughly seven percent of the entire global spread of the virus.

Cases in New York City are just over four percent of all worldwide COVID-19 infections.

“The feedback I received in talking with an emergency room doctor, this is just information he’s provided to me, that while there are still beds available in our hospitals, that our ICU units across the city are at capacity,” Bottoms told WGCL-TV. “This is why we have gone a step further in asking people to please, stay at home.”

The Associated Press contributed to this report