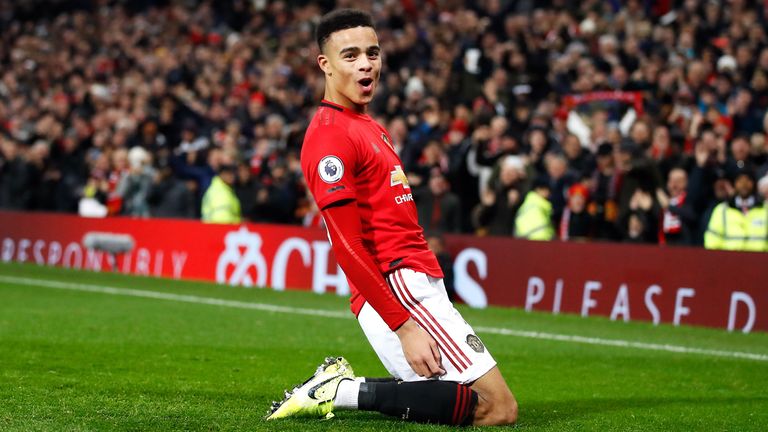 In what metric does Mason Greenwood outstrip other subs? Who covers most ground per touch? And what stat shows Jordan Henderson’s influence at Liverpool? We pick out some of the less-explored stats in the Premier League this season…

A youngster making an impact in the Premier League this season is Manchester United’s Mason Greenwood – the 18-year-old has had more shots when coming on as substitute than any other player. Greenwood’s 15 shots have come in 18 sub appearances and have yielded three goals – the joint-most by any sub this season, alongside Bournemouth’s Harry Wilson. Mention should also go to Chelsea’s Michy Batshuayi who has only featured for 140 minutes as substitute this season but has still mustered 13 shots, once every 11 minutes on average, with an xG of 2.26.

Most shots as sub 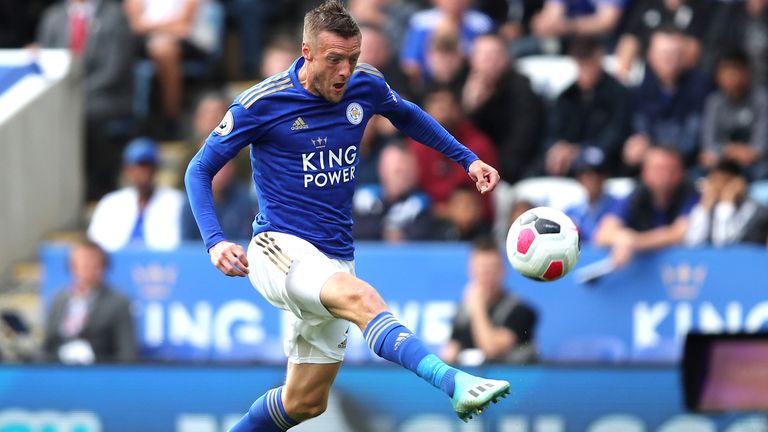 Jamie Vardy celebrated his 33rd birthday last month but his work-rate in Leicester’s attack shows no sign of declining. In fact, Vardy covers more distance per touch than any other Premier League player this season, covering almost 42 metres on average before seeing the ball. All five leading players in this category are strikers, but among them only Vardy plays for a club who average over 50 per cent possession, making his record all the more remarkable. At the other end of the Premier League scale, Liverpool’s Virgil Van Dijk covers the lowest distance between his every touch of the ball – once every 9.1 metres on average. 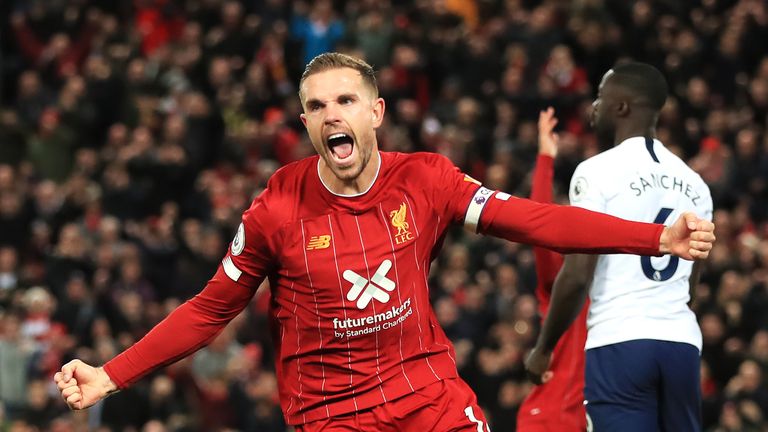 Jordan Henderson will be missed in midfield by Liverpool

The recent hamstring injury suffered by Jordan Henderson could hardly have come at a worse time for the Liverpool captain as his influence has steadily grown as the season has progressed. Henderson has directly contributed to five goals (two goals, three assists) in seven Premier League appearances since the start of 2020 compared to only three goal involvements in 18 games before the New Year. But there has also been a significant increase in his time on the ball – his average of 76 successful passes per 90 minutes is up 34 per cent since January 1, the highest increase of its type across all Premier League midfielders. 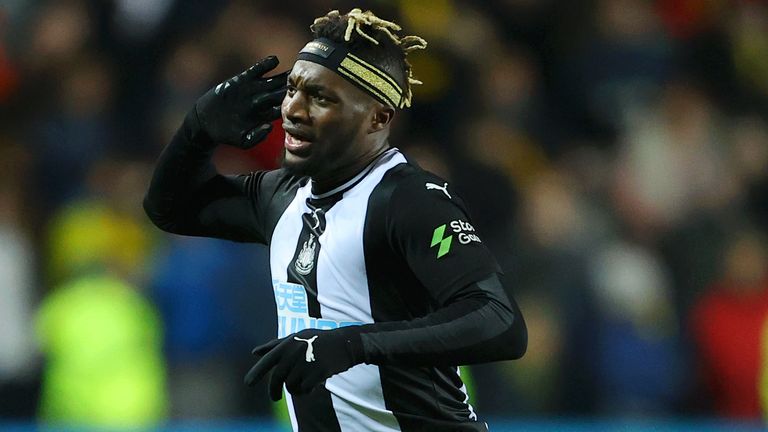 Allan-Saint Maximin has been a real threat for Newcastle

Newcastle have comfortably the lowest average possession in the Premier League this season (35 per cent – Burnley are next lowest on 40 per cent) so summer signing Allan Saint-Maximin has impressed by creating chances despite seeing relatively little of the ball. The Frenchman has created a shooting chance for a team-mate once every 11.1 passes this season – by some distance ahead of the next three players in that metric who all happen to play for Aston Villa. Saint-Maximin only has one assist so far to show for his efforts, but he has undoubtedly been a positive note in Newcastle’s mixed season. 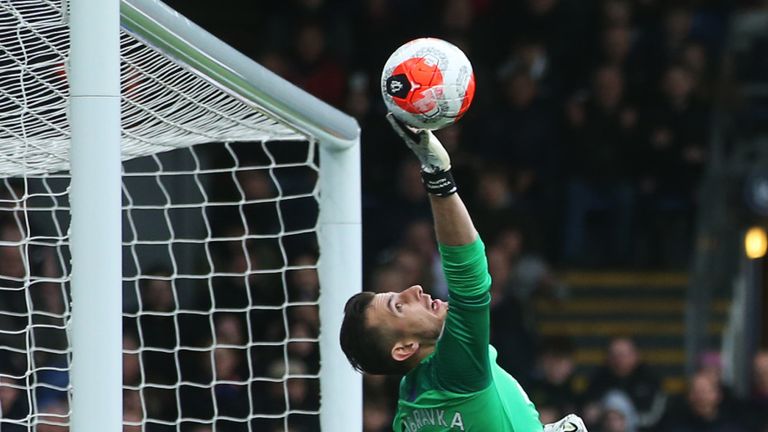 Newcastle goalkeeper Martin Dubravka has pulled off some fine saves

While Saint-Maximin has provided a spark at one end, Newcastle have relied heavily on Martin Dubravka at the other end this season. The Slovakian goalkeeper has prevented 7.55 goals compared to the xG of the shots he has faced, leaving Newcastle on 41 goals conceded – only two sides in the bottom half have conceded fewer. Without Dubravka’s interventions it is fair to say Newcastle’s situation in the Premier League table would be far more perilous. In two of the past three seasons, Hugo Lloris (2016-17) and David De Gea (2017-18) have been the leading goalkeeper in this metric, which would put Dubravka in distinguished company should he continue his form until the end of the campaign. 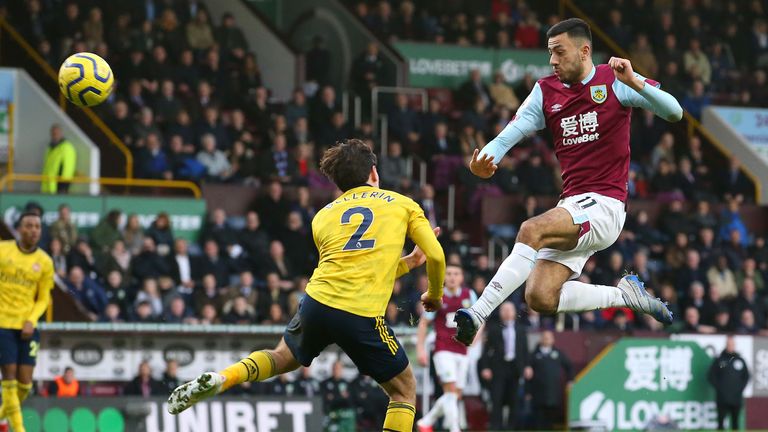 Dwight McNeil has been ever-present for Burnley this season

Dwight McNeil had only made 19 Premier League starts before this season but has been ever-present in Burnley’s midfield in 2019-20, starting all 27 games. Should he continue to feature in Sean Dyche’s starting line-up for the final 11 matches, McNeil will become the youngest Premier League player since Wayne Routledge for Crystal Palace in 2004-05 to start all of his team’s games in a season. Only five different players in Premier League history have completed a full set of starts when aged 20 or younger at the end of the season, with three of those doing so in the 1990s before McNeil was even born.

Youngest players to start every game this season