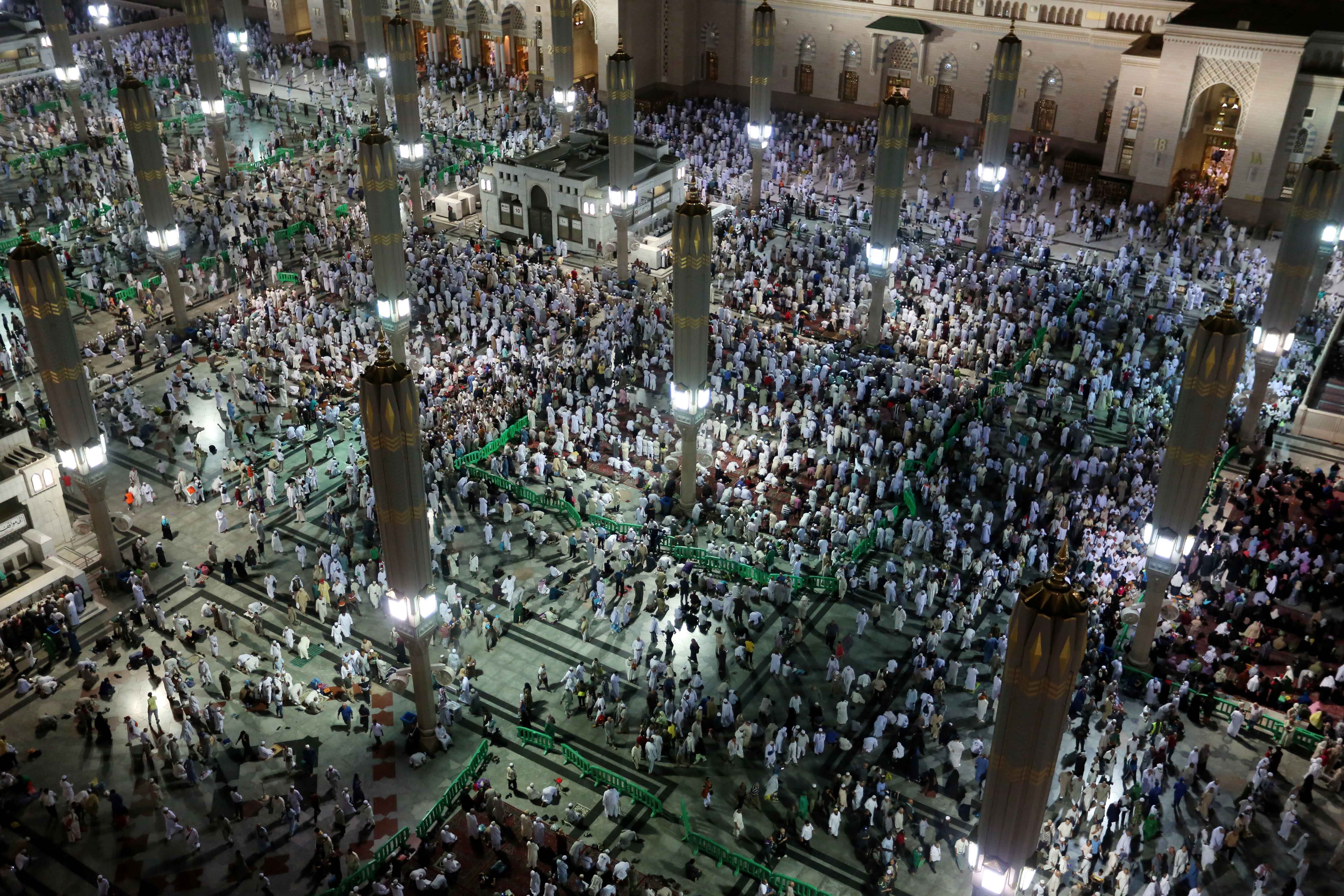 Muslims pray at Masjid al-Nabawi after completing the hajj pilgrimage in Medina, Saudi Arabia on August 19, 2019.

Saudi Arabia‘s Foreign Ministry announced it will temporarily suspend the entry of foreigners for pilgrimage and tourism purposes, preventing travel to the country’s holiest sites over fears of the fast-spreading coronavirus.

In a statement published Thursday, Riyadh’s government said it was temporarily “suspending entry to the kingdom for the purpose of umrah and visiting the Prophet’s Mosque.”

The decision was taken “to support the efforts of countries and international organizations, especially the World Health Organization, to stop the spread of the virus, control it and eliminate it,” the ministry added.

The extraordinary move will stop foreign nationals from reaching the holy city of Mecca and the Kaaba, as well as Prophet Muhammad’s mosque in the city of Medina.

Saudi authorities stressed the measures were provisional and would be subject to “continuous evaluation.”

The foreign ministry also called on its own citizens not to travel to countries where the deadly flu-like virus was spreading.

Iran at the epicenter of Middle East outbreak

The announcement comes less than 24 hours after the World Health Organization (WHO) confirmed that the number of new daily COVID-19 cases outside China had exceeded those inside the country for the first time.

It follows a sudden increase of cases in Italy, Iran and South Korea, with the WHO’s director-general describing the uptick in infections as “deeply disturbing.”

As of Wednesday, the WHO had not identified any confirmed cases of the coronavirus in Saudi Arabia.

However, nine countries in the Eastern Mediterranean region have recorded cases of COVID-19, with Iran at the epicenter of the outbreak in the Middle East.

The Islamic Republic has recorded the highest number of coronavirus fatalities outside China, while some local officials have claimed the number of dead and infected is actually far higher than reported.

The ministry reported there had been 139 cases of the coronavirus in Iran on Wednesday, with 19 deaths nationwide.

Earlier this week, Iran’s Deputy Health Minister Iraj Harirchi tested positive for the coronavirus, following an appearance on state television where he looked visibly feverish and coughed into a tissue several times.

In the Middle East, health authorities from Afghanistan, Bahrain, Iraq, Kuwait, Oman and the United Arab Emirates have all said they have cases of the coronavirus that stemmed from Iran.

China’s National Health Commission reported an additional 433 cases of the coronavirus on Thursday, with 29 deaths nationwide. It brings the country’s total to 78,497 cases, and 2,744 deaths.