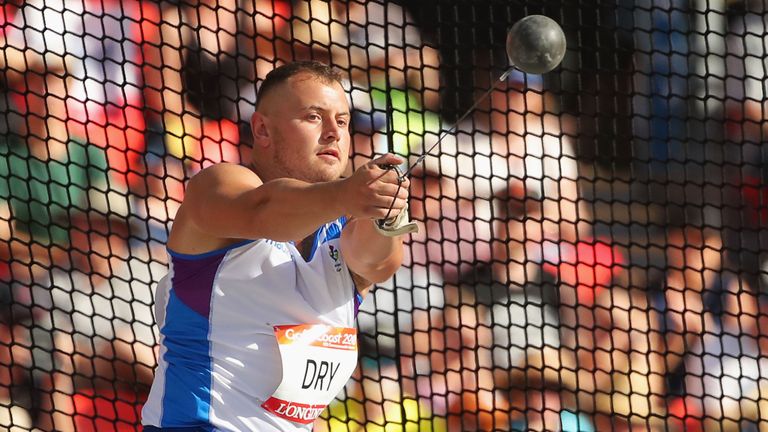 Mark Dry competed at the 2018 Commonwealth Games in Australia

British hammer thrower Mark Dry has been suspended for four years for a breach of the doping rules.

The 32-year-old admitted lying about his whereabouts at an initial hearing before the independent National Anti-Doping Panel (NADP) in October last year.

The panel dismissed the charge against Dry, but UK Anti-Doping appealed this decision.

In the view of the NADP appeal tribunal, Dry’s false account was deemed to be conduct intended to ‘subvert the doping control process’ and was therefore to be considered ‘tampering’ under the rules. The period of ineligibility commenced following the provisional suspension on May 8, 2019 and will end on September 25, 2023 inclusive.

UKAD deputy director of legal and regulatory affairs Stacey Cross said: “This case is a very clear example that athletes must conduct themselves with honesty during the anti-doping process, and what is at risk if they don’t.

“It is UKAD’s role to uphold the anti-doping rules, which apply to all athletes, and there are very strict sanctions for anyone who deliberately interferes with or tries to obstruct the anti-doping process.”

In October, the initial panel ruled that the lie did not constitute tampering, in part because no sanctions would have been forthcoming for the filing failure, which was a first offence.

Three whereabouts filing failures within a 12-month period can result in a ban.

The panel found in October that there had been no subversion of the doping control process and found that, although the initial information provided by Dry was false, it was not fraudulent.

Dry won bronze medals for Scotland at the 2014 and 2018 Commonwealth Games.