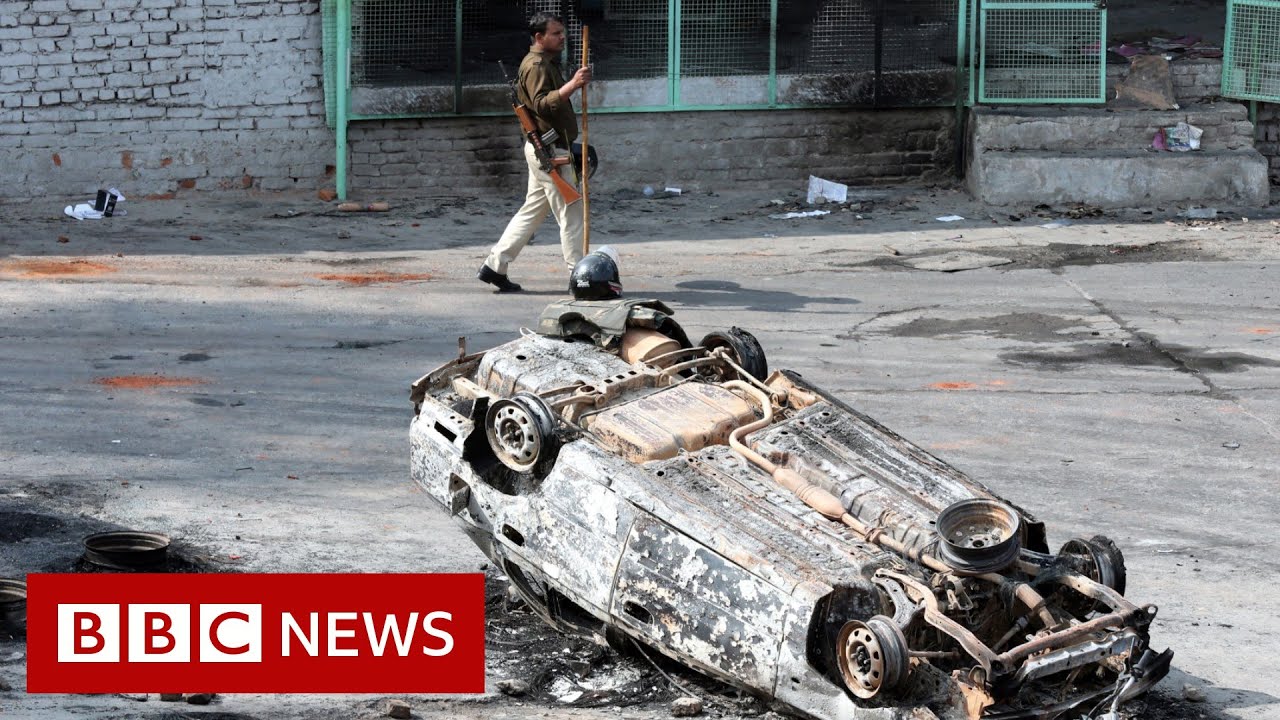 Delhi remains on edge after three nights of rioting, with reports of Muslim homes and shops being targeted by violent mobs.

Twenty-seven people have been killed so far in the deadliest violence the Indian capital has seen in decades.

The clashes first broke out on Sunday between protesters for and against a controversial citizenship law.

But they have since taken on communal overtones, with reports of many Muslims being attacked.