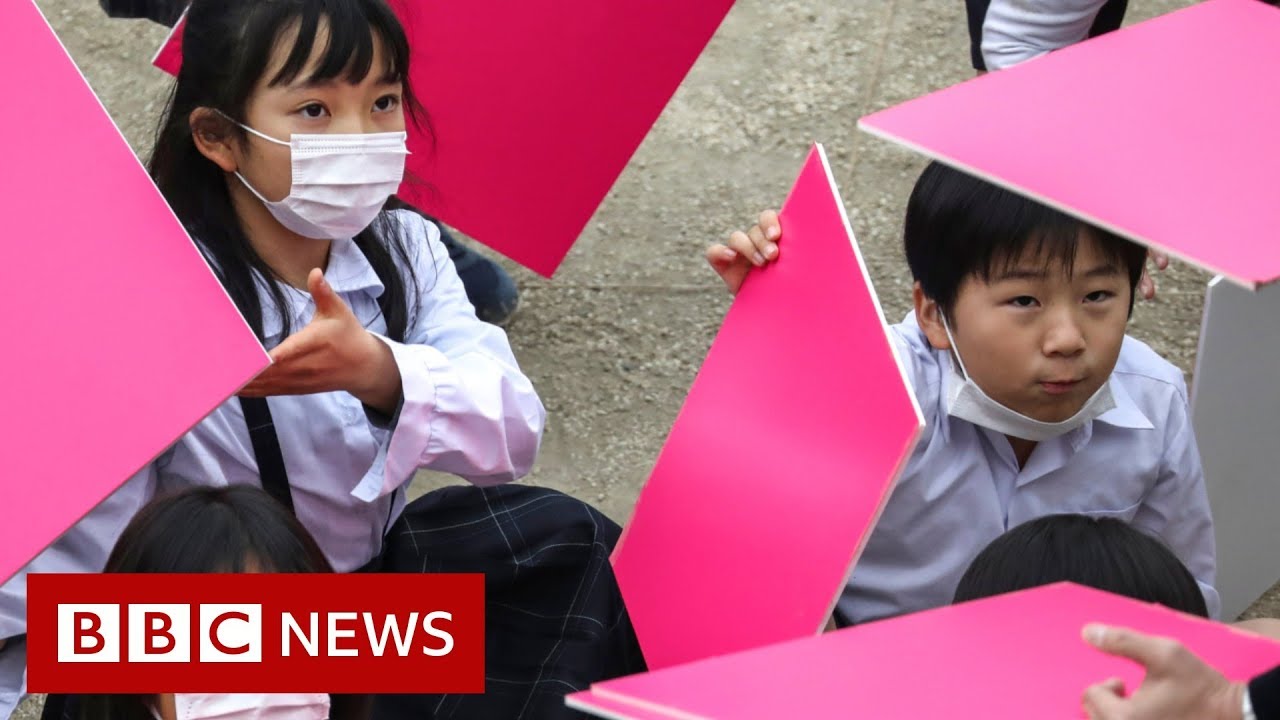 Japanese PM Shinzo Abe has called for all schools to close from 2 March for several weeks.

Two more patients have tested positive for coronavirus in England, bringing the total number of UK cases to 15.

Globally, more than 80,000 people in more than 40 countries have now been infected.

Covid-19, the respiratory disease caused by the virus, has killed more than 2,700 people. Most of the deaths have been in China, where the virus originated in December.

President Emmanuel Macron says that France is preparing for a jump in the number of cases.

“We are facing a crisis, an epidemic, that is coming,” he said while visiting a hospital in Paris where the first French national with coronavirus died on Tuesday.

“We are going to have to deal with it as best we can,” he added.

France has 18 confirmed cases, with two deaths including a Chinese tourist who was visiting. On Wednesday some public events were cancelled, including the last day of a major carnival in Nice on Saturday.