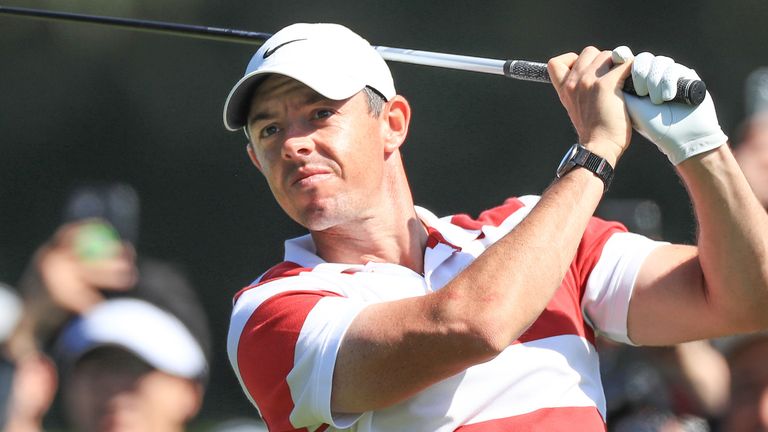 Rory McIlroy is just two strokes behind leader Matt Kuchar at the halfway stage of the Genesis Invitational as Tiger Woods slipped nine shots off the pace at Rivieria.

Kuchar maintained his outright lead as he followed up his opening 64 with a two-under 69, while McIlroy was delighted with both his course and game management in the afternoon wave on day two as he returned a 67 mixing six birdies with one bogey on each nine. 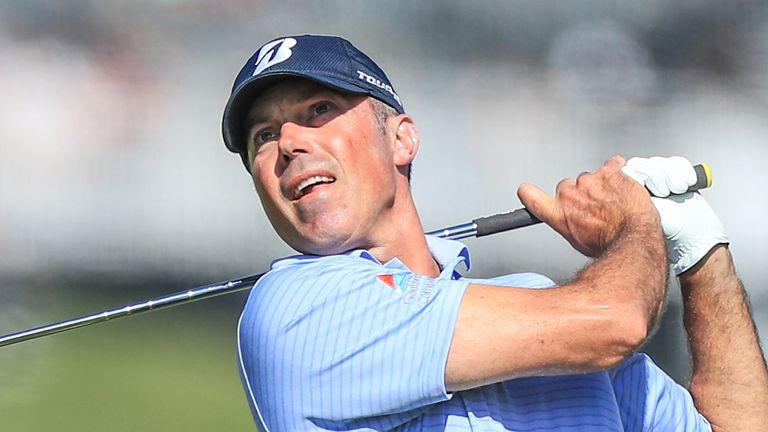 Matt Kuchar stayed on top of the leaderboard

McIlroy shares second with Harold Varner III and Wyndham Clark, former champion Adam Scott propelled himself 61 places up the leaderboard with a 64 and Jon Rahm, Justin Rose and Paul Casey are well placed at four under, but Woods slipped back to level par after dropping three shots in four holes in his frustrating 73.

Kuchar kept a bogey off his card on the first day but immediately got into trouble when he began his second round, pulling his second long and left of the green and needing four more to get down as he started with an ugly six, although he rebounded with 20-foot putts for birdie at the third and fifth.

He did well to hole from six feet to save bogey at the seventh, but a birdie-birdie start to the back nine settled the 41-year-old and he parred the final seven holes to remain at the top of the leaderboard on nine under par.

Varner held the clubhouse lead after the morning session after handing in a five-birdie 68, and his seven under score was later matched by McIlroy as he put himself not only in position to challenge for the title, but also to extend his lead over Brooks Koepka and Rahm at the top of the world rankings. 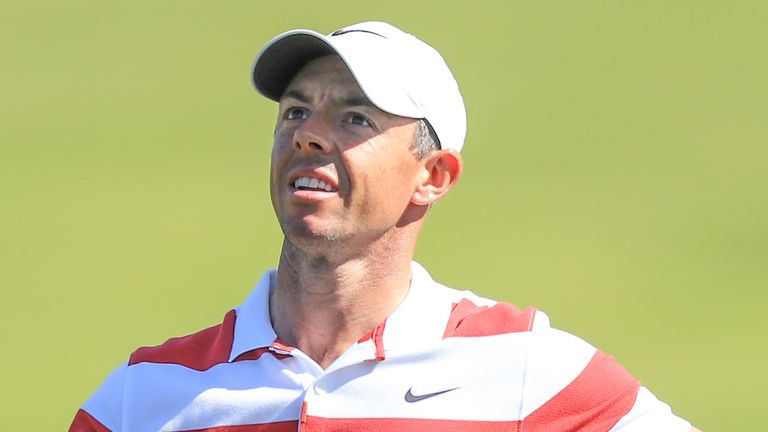 The newly-crowned world No 1 enjoyed the start he wanted when he two-putted for birdie at the first and converted from six feet for another at the third, but after missing another good chance at four, he pushed his approach to the fifth and was unable to avoid his first blemish of the round.

A stunning lag-putt around the bunker in the centre of the sixth green enabled him to save par with ease, and he holed from just inside 20 feet for birdie at seven before atoning for a mis-read on the ninth green with a confident putt from similar range for birdie on 11. 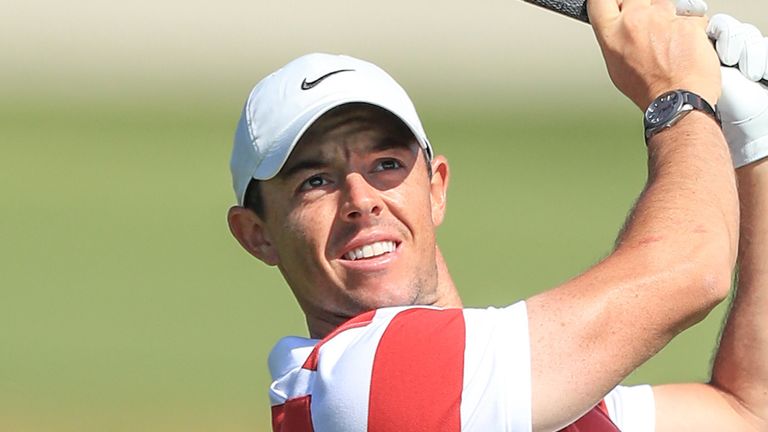 McIlroy made six birdies in his 67

McIlroy’s putter was on target again from 20 feet at the 14th, but he erred again two holes later when a tentative par putt burned the edge of the hole, although he atoned at the long 17th to make it a clean sweep of birdies on each of the three par-fives at Riviera.

“For most of the day I did the things that I needed to do, I birdied the par-fives and I didn’t put myself in any real trouble off the tee,” he said afterwards. “I missed a few fairways coming in and it makes it very difficult to control your spin and get any spin on the ball coming into these greens.

“But I managed it well, played the angles, got a couple of really nice up-and-downs towards the end, and it was a nice two-putt on 18 to finish. I turned in two under and I said to myself if I could birdie 11 and 17, then par the rest, I’ll be happy. Didn’t quite work out that way, but a couple of them there on the back nine was very nice.

“I’m managing my game well. I’ve hit a couple loose shots here and there, but I’m thinking my way around the golf course and that’s what this place is all about. I mean, you can hit a few squirrelly shots and get away with it as long as you miss it in the right places, and for the first couple days I’ve done that. 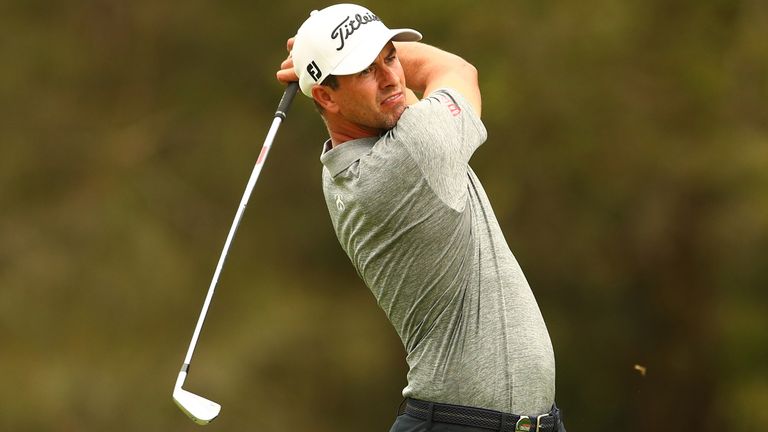 “I’m feeling pretty good about my game. I’ve hit some nice short-irons, I’ve held on pretty well for the most part, my chipping and short-game’s been good, so those are all things I’ll need over the weekend.”

Clark, playing in the final group of the day, made it a three-way tie for second when he parred the last in the evening gloom for a 68, while Scott birdied four of the last six holes to vault to six under in an impressive first outing of the year for the Aussie, the champion at Riviera 15 years ago when the event was reduced to 36 holes due to bad weather.

Rahm (68) and Ryder Cup partner Rose (69) will look to make an early charge on Saturday along with several other notables on four under, a group which includes Dustin Johnson (66), Paul Casey (69) and Bryson DeChambeau (70). 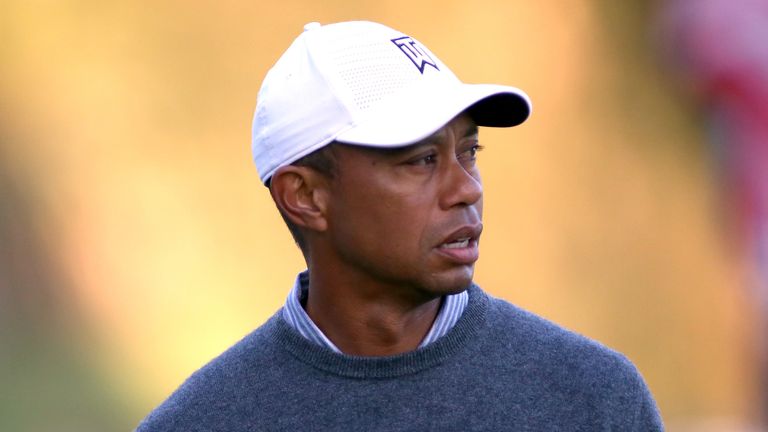 But Woods will be among the 10th tee starters for the third round after littering his card with several “bad mistakes”, the first of which led to a double-bogey six at the 15th – his sixth – when he made heavy contact with a wedge and his bunker escape from a plugged lie raced over the other side of the green.

The tournament host got back under the card for the day with birdies at the 17th and first holes, but another wayward wedge at the third led to the first of three bogeys in four holes, although three closing pars at least ensured he would be around for another 36 holes.

Also at even par is Koepka, who three-putted from just three feet on the final green to complete a rollercoaster 73 which included two double-bogeys, four bogeys but also six birdies.