SHANGHAI/PARIS (Reuters) – An 80-year-old Chinese tourist infected with the coronavirus has died in France, the first fatality in Europe and the fourth outside mainland China from an epidemic that has shut Chinese factories, curbed travel and disrupted global supply chains.

The outbreak, thought to have originated at a wildlife market in the central Chinese province of Hubei, has presented China’s ruling Communist Party with the huge challenge of halting its spread while at the same time minimizing damage to the world’s second-largest economy.

Beijing’s latest figures on Saturday showed 66,492 cases of the illness and 1,523 deaths, mostly in Hubei. Outside mainland China there have been about 500 cases in some two dozen countries and territories, with four deaths – in Japan, Chinese-ruled Hong Kong, the Philippines and France.

In the French case, the Chinese man died at the Bichat hospital in Paris of a lung infection due to the flu-like virus, authorities said on Saturday.

“We have to get our health system ready to face a possible pandemic propagation of the virus, and therefore the spreading of the virus across France,” said Health Minister Agnes Buzyn.

Robin Thompson, an expert in mathematical epidemiology at Britain’s University of Oxford, said that with nearly 50 cases in Europe, a death was not surprising. “The most important thing to point out, however, is that there still hasn’t been sustained person-to-person transmission in Europe,” he added.

After an extended Lunar New Year holiday, China urgently needs to get back to work. But some cities remain in lockdown, streets are deserted, employees are nervous, and travel bans and quarantine orders are in place around the country.

Those returning to Beijing from the holiday have been ordered to undergo a 14-day self-quarantine to prevent the spread of the virus. Many factories are yet to re-open, disrupting supply chains for everyone from smartphone makers to car manufacturers.

While there has been some hope expressed this week that the disease may be peaking in China, numbers keep rising and a trend has been hard to discern, especially after a reclassification that widened the definition of cases.

World Health Organization (WHO) chief Tedros Adhanom Ghebreyesus said it was impossible to tell where the epidemic will spread.

“Most of all, we are concerned about the potential havoc this virus could wreak in countries with weaker health systems.”

The biggest cluster outside China has been on a cruise ship, the Diamond Princess, quarantined off Japan’s Yokohama. Out of about 3,700 passengers and crew on board, 285 people have tested positive and been sent to hospital.

The United States said on Saturday it plans to send an aircraft to pick up American passengers and take them back home where they face another two weeks of isolation “out of an abundance of caution”.

Passengers on another cruise ship, which finally docked in Cambodia on Thursday after being rejected by several other countries, were taking their saga in good heart.

“Everyone says ‘poor you’. But there was no poor you. We had free internet and free wine. We had three-course meals. There was so much choice,” said Zahra Jennings, a retired staff nurse from Britain who had been on the MS Westerdam with more than 2,300 passengers and crew.

An 83-year-old American woman from the Westerdam had tested positive for the coronavirus on landing in Malaysia, health authorities there said on Saturday.

Medical workers in protective suits inspect equipment at a blood donation room of the Renmin Hospital of Wuhan University in Wuhan, the epicentre of the novel coronavirus outbreak, in Hubei province, China February 14, 2020. Picture taken February 14, 2020. cnsphoto via REUTERS

U.S. President Donald Trump thanked “beautiful” Cambodia for taking the castaway cruise ship in a rare message to a nation that has often been at odds with Washington.

The United States has imposed some of the toughest curbs on travelers from China, going beyond WHO recommendations and offending Beijing.

In Hong Kong, which has seen months of anti-Beijing protests, hundreds marched on Saturday to demand full closure of the border with mainland China and to oppose plans to turn some buildings into quarantine hubs.

“Doing that (opening such centers) is like creating more wounds rather than trying to stop the bleeding,” said Chan Mei-lin among the protesters. TV images showed police making some arrests and using pepper spray.

The sickness, now officially labeled Covid-19, has killed around 2% of those infected. Cases have spread faster than other respiratory viruses this century.

“The impact of the epidemic on the Chinese economy will be short term and temporary,” foreign affairs vice minister Qin Gang said at the Munich Security Conference.

“When the epidemic is over, the subdued consumer demand will be released rapidly and the economy will rebound strongly.”

The Chinese central bank said the country’s lenders will tolerate higher levels of bad loans as part of efforts to support firms hit by the epidemic. 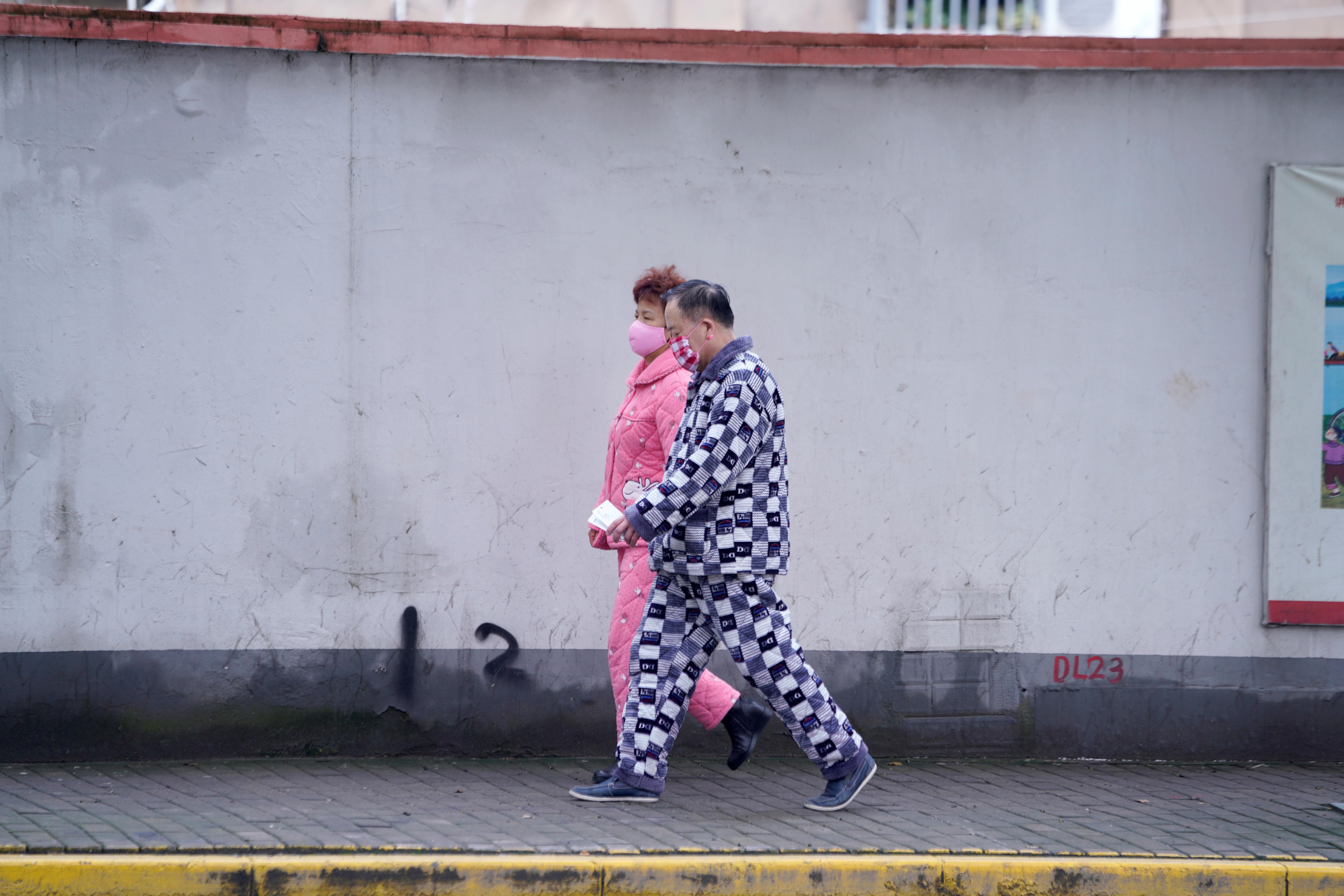 White House economic adviser Larry Kudlow said the coronavirus might knock two- to three-tenths of a percent off U.S. growth in the first quarter.

The sporting world has suffered too. In the latest disruption, Chinese gymnasts were forced to cancel attendance at next week’s World Cup in Melbourne because of Australian travel curbs.