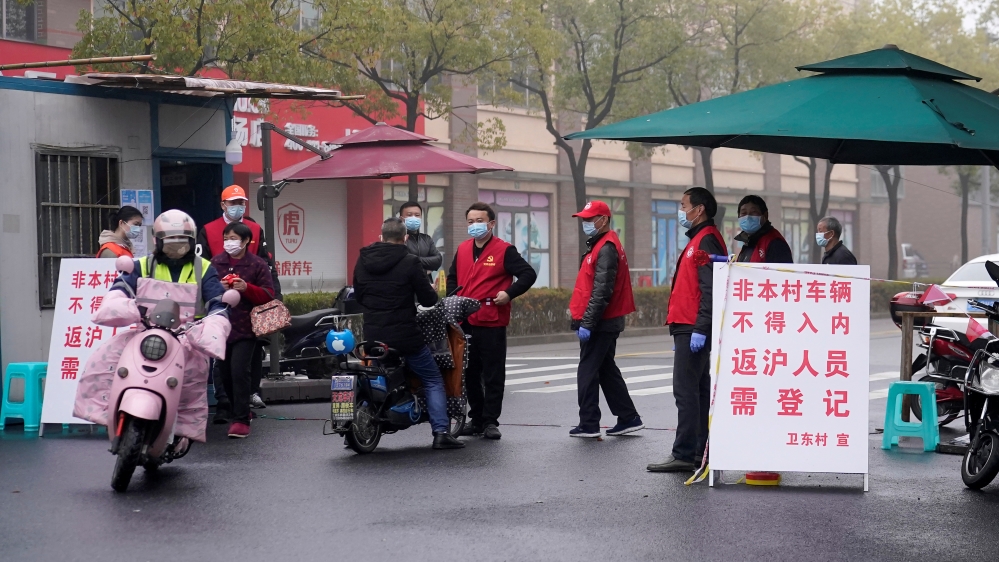 The death toll from the new coronavirus epidemic in China surged past 1,500 on Saturday after 139 more people died in Hubei province, the epicentre of the outbreak.

State Councillor Wang Yi, who also serves as China’s foreign minister, acknowledged that the infection, now known as COVID-19, was a huge challenge, but defended Beijing’s management of the epidemic and lashed out at the “overreaction” of some countries.

“Through our efforts the epidemic is overall under control,” he told the Reuters News Agency on Friday.

More than two dozen countries have confirmed cases and several nations have suspended some trade and travel links with China in a bid to contain the virus. Three deaths have been recorded outside mainland China – one in Hong Kong one in the Philippines, and the most recent in Japan.

Egypt reported its first case of the coronavirus on Friday, becoming the first country in the African continent to confirm a case, and the second in the Middle East region, after the United Arab Emirates diagnosed its first cases late last month.

Here are the latest updates:

China’s National Health Commission said the death toll from COVID-19 had reached 1,523 in the mainland as of the end of Friday, up by 143 from the previous day.

All but four of the deaths were in Hubei, where some 56 million people remain under quarantine.

Across mainland China, there were 2,641 new confirmed infections on Friday. The total accumulated number so far has reached 66,492.

A man who visited Hawaii was confirmed to have coronavirus when he returned home to Japan, according to officials in Hawaii.

Health officials were tracking down details about his travel in the US island chain, including his flight information and people with whom he had close contact.

The man was in Hawaii January 28 to February 7, and had cold-like symptoms during his last few days there, said Hawaii Health Director Bruce Anderson. He only developed more serious symptoms when he returned to Japan, where he was tested and found to be positive for the illness, Anderson.

Because of when his symptoms began, officials believe he became infected in Japan or while in transit to Hawaii, said state epidemiologist Dr Sarah Park.

“Our focus at this point is to try and understand who potentially this person may have had close, prolonged contact,” Park said, adding that they’re concentrating on his whereabouts while on Oahu because that’s where he developed symptoms.

Death toll in China surges past 1,500

The death toll from China’s new coronavirus epidemic surged past 1,500 after 139 more people died in Hubei province, the epicentre of the outbreak.

The province’s health commission also reported 2,420 new cases of the COVID-19 strain, about half the number from the previous day.

At least 1,519 people have now died from the outbreak that first emerged in Hubei’s capital, Wuhan, in December and snowballed into a nationwide epidemic a month later.