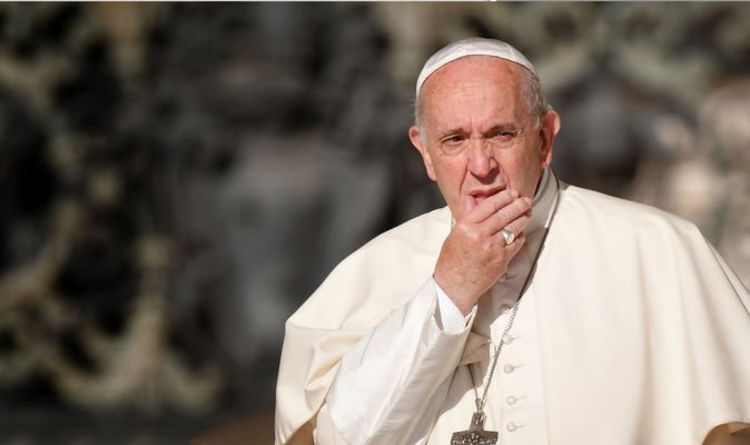 Anti-Francis figures have launched numerous offensives on both his policy and his character, with one group of traditionalists even penning a book titled “The Dictator Pope”. Henry J.A. Sire was the author of the damning text, but he initially published the text under the pseudonym – Marcantonio Colonna. The book is written in the style of a biography, and compares many of his statements to famous Argentine President Juan Peron, a populist and dictatorial figure in the Forties and Fifties.

Drawing support from numerous conservative and traditionalist-leaning lay publications, the Catholic Herald stated that it included “insight” but also “hearsay”.

In particular, the text referred to a supposed “disappeared report”, authored by Peter Hans Kolvenbach, former Superior General of the Society of Jesus, who allegedly stated that a younger Pope Francis was “unsuitable” to be made a Bishop because of “character defects”.

In an interview with The Catholic Herald, the author of the book asserted that it is not a rumour, but first-hand information from a priest who read the report.

A similar view to The Catholic Herald was taken by the Catholic World Report.

The text isn’t the only book to undermine Pope Francis in recent years, after an essay contributed by his predecessor Benedict XVI appeared to be critical of the current Pope’s policy.

Benedict requested his name be taken off the book last month just one day before it was due to be published.

The essay challenged Pope Francis’s policy proposal of allowing married men to be ordained as priests.

Amid the controversy, Benedict’s personal secretary said: “The pope emeritus knew that the cardinal was preparing a book and he sent him a text on the priesthood, authorising him to use it as he wanted.

READ MORE: End of the world: Pope’s ‘life about to change’ admission revealed