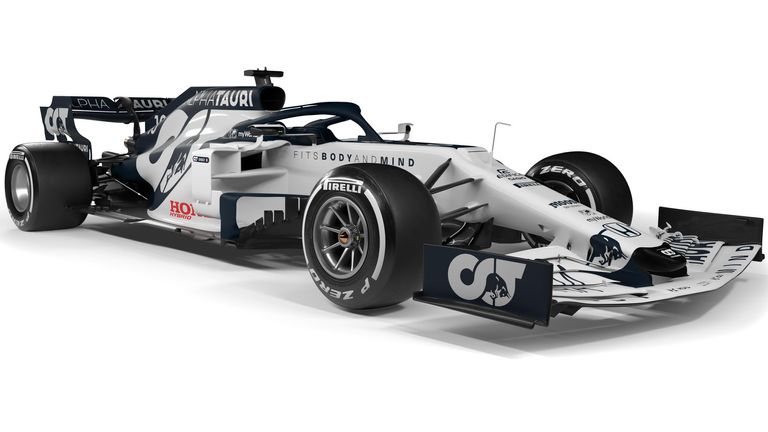 F1 has a new alpha on the grid in 2020 with AlphaTauri revealing the rebranded team’s eye-catching car and image for the new season.

After 16 years under the Toro Rosso name, Red Bull’s junior team take on the company’s fashion brand for the new season accompanied by a new look and identity.

AlphaTauri have kept their new image under wraps all winter but their new livery was finally revealed at an event at Red Bull’s Hangar 7 in Salzburg, Austria. Uniquely, the event combined a fashion show with the car reveal.

The identity change is most noticeable on the car’s livery – with the familar dark blue and red colours of Toro Rosso replaced with a dramatic white and blue design. 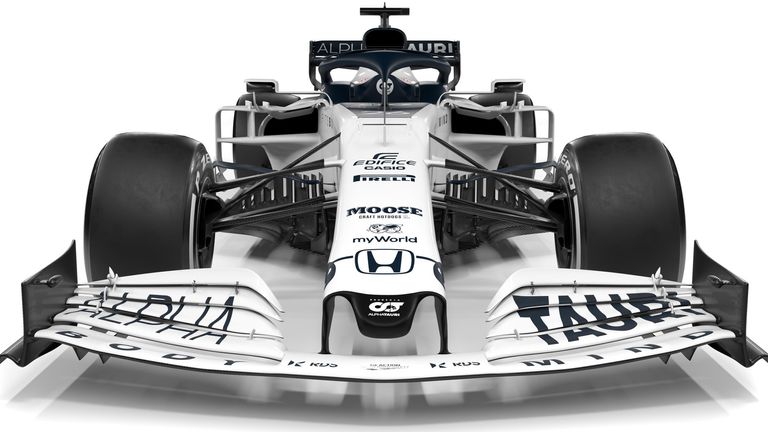 Pierre Gasly and Daniil Kvyat return with the team aiming to build on a very successful 2019 when the drivers each scored podium finishes to help the outfit to sixth place in the Constructors’ Championship, their joint-best result.

“I’m feeling really excited about the new year,” said Gasly, who returned to the team mid-way through last year after a short but troubled stint at the senior Red Bull team. “We finished the season really well with the podium in Brazil, we had a good couple of races, so we need to keep the momentum. The team is super motivated.”

Not to be confused with rivals Alfa Romeo, AlphaTauri will complete the shakedown of the AT01 in Italy on Saturday. Every minute of F1 Testing will be shown live on Sky Sports F1 – for the very first time.

Formula 1’s new 2020 cars will be put through their paces for the first time in Barcelona later this month – and Sky Sports F1 will be there too with live coverage of all six days of winter testing.

Building on the successful collaboration between Sky Sports and Formula 1 in 2019, live coverage will be expanded to cover both weeks of testing for the first time and will feature all eight hours of track running each day at the Circuit de Catalunya.

The day’s action will be followed by the essential review show – The Story So Far – featuring interviews, guests, and analysis from the Sky F1 team as we build up to what promises to be a thrilling F1 2020.

Test One takes place from Wednesday February 19-Friday February 21, with Test Two following on a week later on February 26-28.