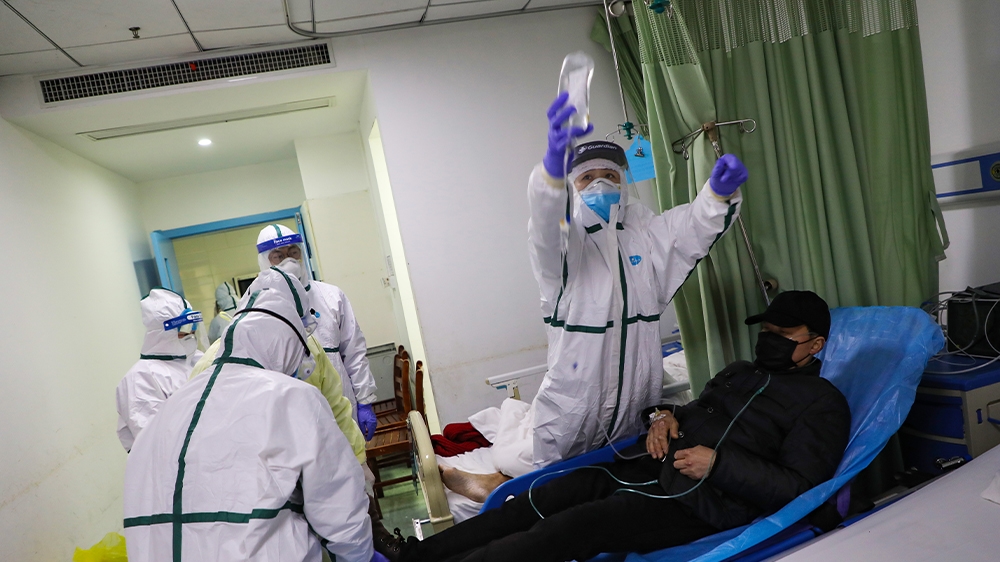 The virus was first detected in the Chinese city of Wuhan in December last year [File: Yuan Zheng/EPA-EFE]

Egypt has confirmed its first case of a deadly coronavirus that emerged in central China at the end of last year and has since spread to more than two dozen countries around the world.

Health Ministry spokesman Khaled Mugahed said in a statement on Friday that the affected person was a “foreigner” who did not show any serious symptoms.

Officials were able to confirm the case through a follow-up programme implemented by the government for travellers arriving from countries where the virus has spread.

The ministry statement said the person was hospitalised and in isolation. It did not specify the person’s nationality or their point of entry.

The development made Egypt the first country in the African continent to report a confirmed case, and the second in the Middle East region, after the United Arab Emirates late last month diagnosed its first cases.

Officially known as COVID-19, the virus was first detected in Wuhan, the capital of Hubei Province in central China, in December last year.

It has so far killed almost 1,400 people and infected nearly 65,000 others globally.

Three deaths have been recorded outside mainland China – one in Hong Kong, one in the Philippines and the most recent in Japan.

More than two dozen countries have confirmed cases and several nations have evacuated their citizens from Hubei.

The World Health Organization (WHO) has warned the virus poses a “grave threat” to the world.