Teddy’s father Ryan: “Everyone has been commenting, saying why did our scouts not sign Teddy before they signed [Hakim] Ziyech!” 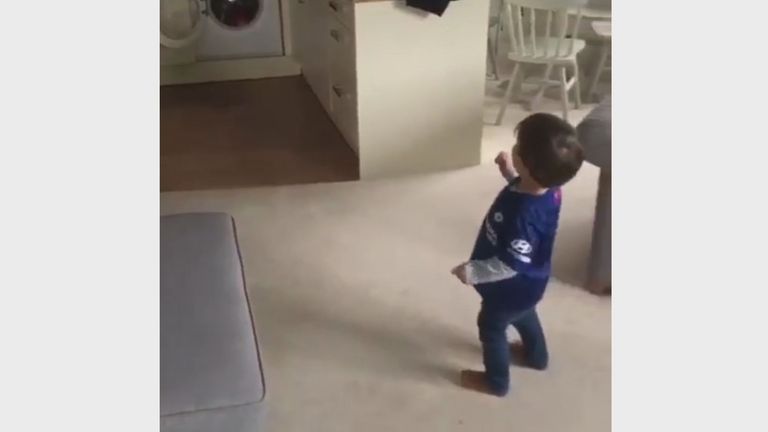 Step forward Teddy Brown, a two-year-old with a wand of a left foot.

Teddy has been surprising his father Ryan and mother Daisy with his football skills around the house but last week his godfather managed to get it on video.

He struck the ball first time with a peach of a shot which landed straight into an open washing machine.

On Thursday, Teddy combined football and basketball, kicking his ball into a basketball hoop with his version of a three pointer.

Chelsea’s official Twitter account spotted the video and put it out on their channel to almost 14m people.

Teddy’s father Ryan, also a Chelsea fan, spoke to Sky Sports News, saying: “He has been doing it around the house 24/7.

“One day I was making a cup of tea and Teddy’s godfather recorded it. Then only on Thursday, he did the basketball one. We put the clips on a group on Facebook but once we put it on Twitter and LinkedIn, it erupted.

“Everyone has been commenting, saying why did our scouts not sign Teddy before they signed [Hakim] Ziyech!

“Hopefully this leads to a contract!”