MADRID (Reuters) – Spain’s Socialist party pledged on Monday to act fast to form a government after its leader and acting prime minister Pedro Sanchez gambled on a repeat election that on Sunday night resulted in no clear winner but a surge for the far right.

A polarised electorate awarded neither right nor left-wing parties enough seats to govern with a majority in Sunday’s vote – Spain’s second this year and its fourth since 2015 – although the Socialists won most seats.

“We will try to keep our promise to form a government as quickly as possible because the country needs it,” senior Socialist official Jose Luis Abalos told broadcaster Radio Nacional.

Asked whether a new vote might be called, Abalos said: “I totally rule it out. It would be an institutional failure.”

The power balance between the traditional ideological blocs has changed little since the April election but the breakdown of votes within conservative parties shifted substantially.

The conservative People’s Party (PP), which alternated in government with the Socialists for decades after Spain emerged from General Francisco Franco’s dictatorship in the 1970s, recovered from a disappointing result in April to take 88 seats.

But the centre-right Ciudadanos slumped from 57 seats to just 10 and was replaced as the third-largest parliamentary group by the far-right Vox, a relative newcomer, which secured 52 seats.

Sanchez has ruled out forming a broad coalition with the People’s Party, and he failed to strike a deal earlier this year with far-left Unidas Podemos, but he will need at least tacit support from other parties to be named prime minister.

In Spain, opposing parties can smooth the way for their rivals to form a government by abstaining in the second round of a parliamentary confirmation vote.

Senior PP official Teodoro Garcia Egea told Onda Cero radio on Monday that Sanchez had not asked his party to do so.

“Sanchez has not asked us to abstain, but even if he did we wouldn’t give it to him because we don’t trust him,” he said.

Unidas Podemos, which surged into Spanish politics in 2014 on a wave of indignation over a financial crisis, lost seven seats to take fourth place with 35 seats.

Its leader Pablo Iglesias said he was ready to start negotiating with Sanchez and urged the left to unite this time.

Sanchez has failed in his bid to garner enough seats to force the far left to back him without agreeing to a coalition, independent political analyst Miguel-Anxo Murado said.

“No one has won,” Murado told Reuters. “The best success has been for the far-right Vox party, but this win does not give them any power… It’s not enough for the right-wing bloc to form a government.”

Joining a nationalist wave in other parts of Europe, Vox’s anti-immigrant stance and particularly vehement opposition to a secessionist drive in Catalonia has become the first far-right party to win more than one parliamentary seat since Spain returned to democracy.

With many Spaniards still remembering the Franco years, the country had long appeared immune to right-wing nationalism. But Vox leader Santiago Abascal said he would now work to buildwhat he called “a patriotic alternative” for Spain. 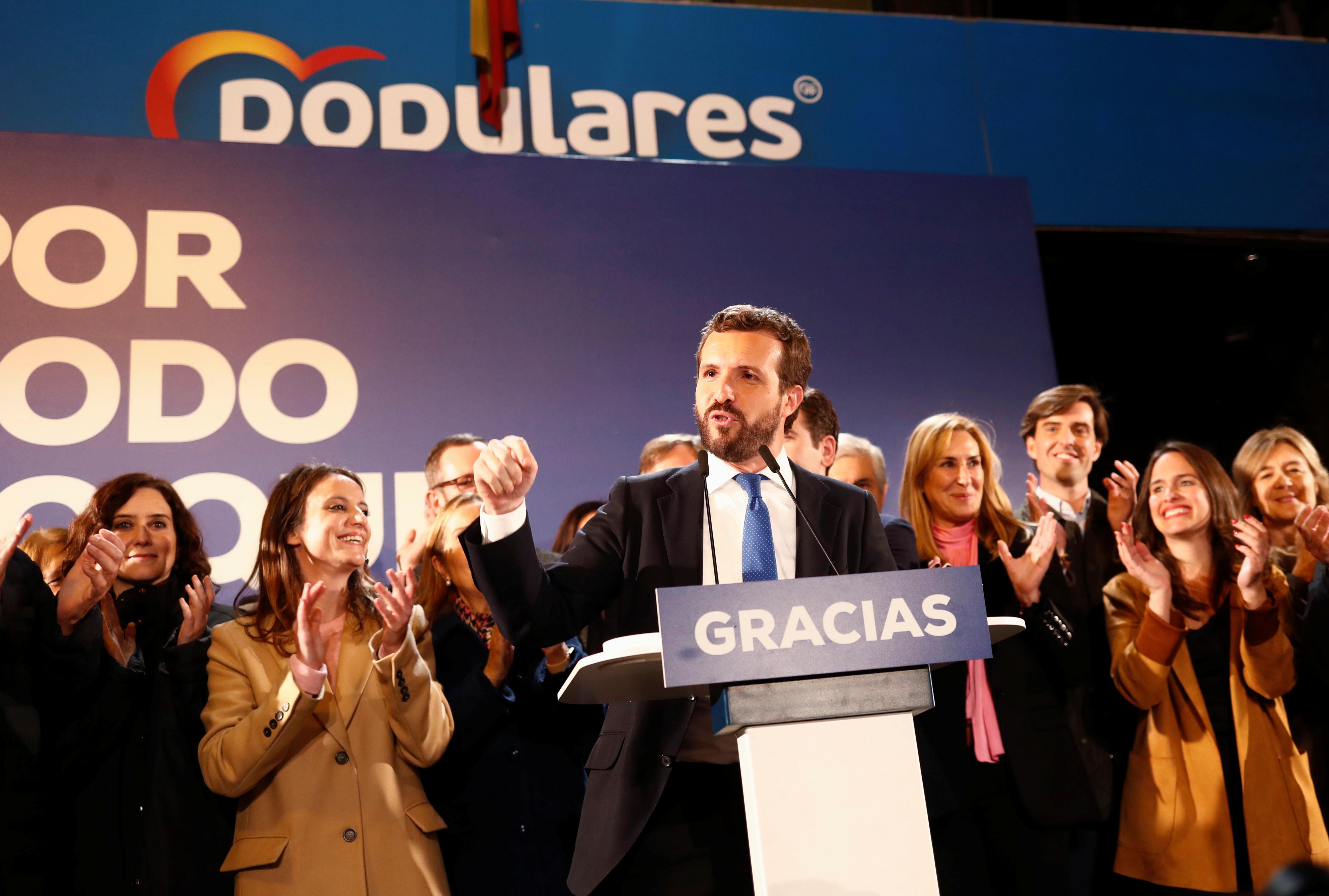 In the past decade Spain has suffered from austerity and near financial collapse, and saw a PP government ousted over a corruption scandal.

But this time the Catalan independence drive, which turned violent folllowing the jailing of separatist leaders in October, was at the forefront of voters’ minds.