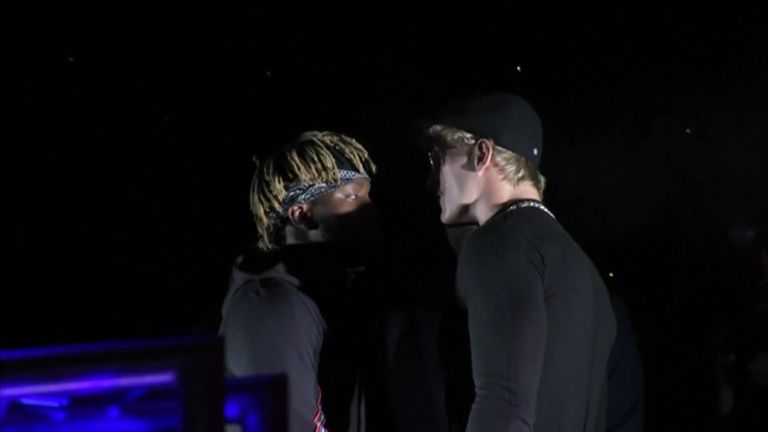 The loser faces “years of torment” and the winner will receive the type of unimaginable glory that they have strived towards for years.

But beyond the braggadocio, serious questions about YouTube boxing must be answered under the harsh glare of the social media spotlight. Nobody knows what will happen or what the fighters might be capable of.

KSI vs Logan Paul is, at its core, exactly what makes boxing enticing except they are two YouTube influencers whose popularity (40 million combined subscribers) mean they have been fast-tracked in this latest pursuit. It is a unique spectacle that sits outside of normality but is that slowly changing?

The short history of YouTube boxing can be jotted down on the back of a cigarette packet – Joe Weller uploaded footage of himself sparring, KSI jokingly challenged him and was then egged on by his legions of fans. KSI won, by which time Logan Paul was in the mix, and they boxed to a draw in a white-collar amateur bout that was dubbed “The Biggest Internet Event in History”, with some justification.

It is the future of this genre that is up for debate. 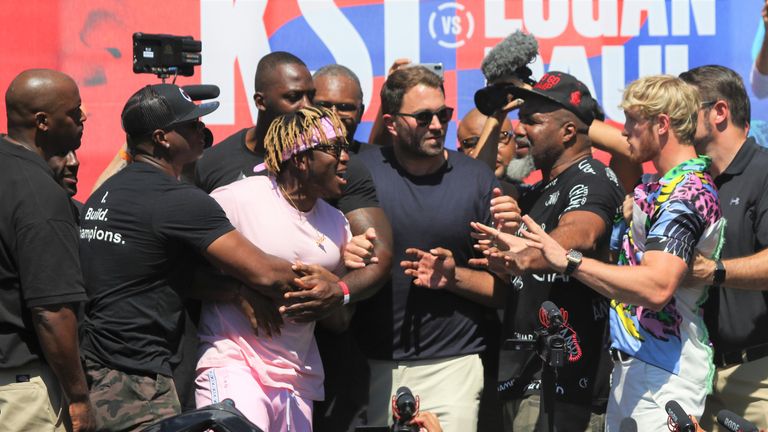 “I understand why purists say, ‘this is terrible’, but it’s because it’s changing,” KSI told Sky Sports.

“A lot of my fans aren’t invested in boxing but whatever I do, they look at it and say, ‘that’s sick’.”

Promoter Eddie Hearn admits that he derided KSI and Logan Paul’s first fight until it sold out the Manchester Arena and broke the internet.

“They asked me to get involved in the first one. Not for me,” Hearn said. “Twenty-thousand tickets sold out, and 1.4 million pay-per-view buys later? I was interested in the rematch.

“It’s a big moment for boxing but we’ve got to make it count. Are you going to try to bring a new audience to boxing, or are we going to stay stagnant?”

WBO super-middleweight champion Billy Joe Saunders and red-hot American talent Devin Haney are on the undercard, exposed to a colossal viewership who might not otherwise have watched their fights. Tellingly, elite-level boxers do not begrudge the headline billing afforded to KSI and Logan Paul because they respect the entrepreneurial abilities of the YouTube pair.

They are unquestionably charismatic and intelligent.

KSI (real name Olajide Olayinka Williams “JJ” Olatunji) is the 26-year-old affable Brit who admits “I was always in the school C team or D team, I was never a sporty guy”.

Logan Paul is the American, 24, who looks like every jock from every romcom who has bragged: “I want to be world heavyweight champion”.

Shannon Briggs will shout “let’s go champ” as the trainer of Logan Paul, while Watford-born KSI has links to Anthony Joshua. Sort of.

“He went to the same orthodontist as me!” 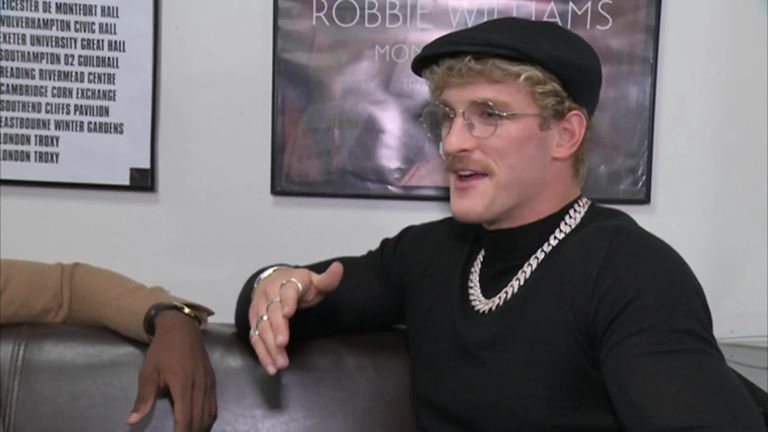 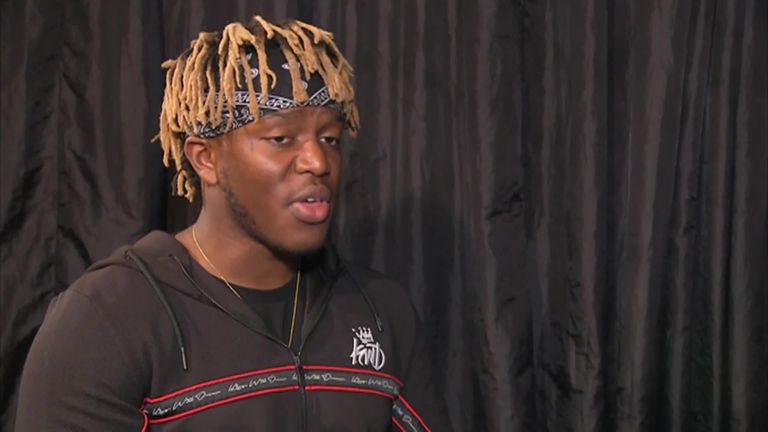 KSI explains this fight against Logan Paul by saying: “It’s an ego thing – I think I’m better, he thinks he’s better. And we have large fan-bases who are constantly battling.

“This is about boxing and entertainment. I think I’ve done more for the YouTube scene and he doesn’t.

“This is a way for us to settle our differences.”

His rival responded: “People underestimate how hard and serious we’re taking this.

“Fear implies the potential that [defeat] could happen. If there was a doubt in my mind that I couldn’t win, I wouldn’t have taken the fight.”

The criticism of how boxing fits into this new-age rivalry surrounds the theory that KSI and Logan Paul could attract a massive audience to watch them do pretty much anything, not least hurl insults at each other at a press conference that was attended by 3,000 people.

In fact, Logan Paul last year bet $100,000 that he was “the fastest YouTuber” but pulled out of the scheduled 100m race with a pulled hamstring. Fellow YouTubers conspired it was a fake injury. Fan bases were up in arms.

But perhaps boxing should see it as a feather in the cap of this sport that KSI and Logan Paul have opted to settle their grudge inside the ring, rather than on the athletics field or on the cricket pitch or on a race track.

There is nothing quite like the tension of a big fight, the realisation that only one boxer will back up their words when everybody else steps out of the ring, and this translates to a crowd that don’t watch the sport every weekend. Boxing has always been a subject for Hollywood, always been a part of pop culture, and these social media sensations are the latest chapter in that.

“My goal is to be the biggest entertainer in the world,” says Logan Paul and he has chosen boxing to elevate that goal because of the drama that it brings. “That is a multi-faceted lane. I’m a product of my generation.”

KSI knows what’s at stake: “Losing is not on the agenda because I know how disastrous it would be for my career – it would slow down my boxing, my music, my YouTube. It would be years of constant torment, the person who gets knocked out becoming a meme.”

This may not be a one-off occasion, so that’s where the immediacy of YouTuber boxing stands.

Logan Paul’s brother Jake (who beat KSI’s brother Deji Olatunji last year) wants in on the act. AnEsonGib will work at ringside with Sky Sports but claims other YouTubers are ducking a fight with him.

Eddie Hearn added: “This is weird, I’m learning. This is a new age, a new world. We’ve got to take note of this audience.

“We live in a commercial world and if you want to ignore this audience then you’re a fool. Take a look, learn and try to grow the sport.”

Perhaps the repercussions of this fight on the future of boxing will be unexpected. KSI claims: “I’ve had hundreds of thousands of messages saying I’ve inspired people to get into boxing.”

Truthfully, nobody knows what to expect or how this might impact the future. But KSI and Logan Paul are making a serious indent on boxing’s present.

Watch KSI vs Logan Paul 2 on Saturday, live on Sky Sports Box Office, from midnight. Book it via your Sky remote or book it online here. Even if you aren’t a Sky TV subscriber you can book and watch it here.