Anthony Davis has been named Western Conference Player of the Week with Milwaukee Bucks’ Giannis Antetokounmpo scooping the award in the East.

The Los Angeles Lakers forward has been named NBA Western Conference Player of the Week for games played October 28 to November 3. 2:42 Highlights of the Memphis Grizzlies’ visit to the Los Angeles Lakers in Week 2 of the NBA season

On October 29 versus Memphis, Davis set a franchise record with 26 made free throws, becoming the fourth player in NBA history to reach that mark, and the first since Michael Jordan in February 1987. His 18 free throws in the third quarter set a new NBA record for makes in a single frame. 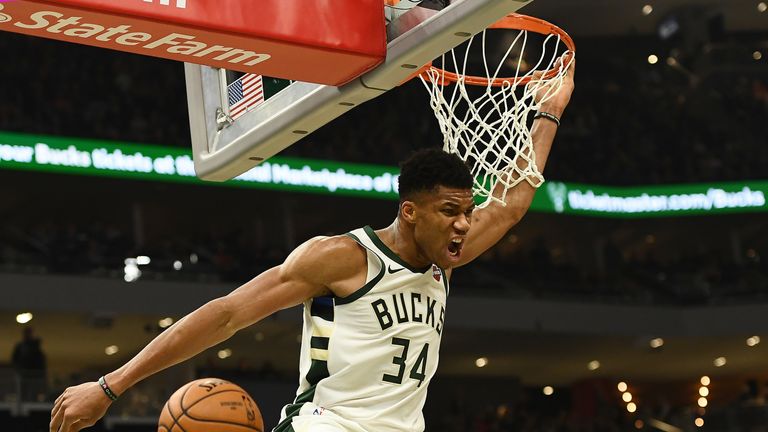 Image: Giannis Antetokounmpo slams home a dunk against the Raptors

Milwaukee Bucks forward Giannis Antetokounmpo has been named the Eastern Conference Player of the Week for games played from October 28 to November 3.

He had at least 20 points and 10 rebounds in three of the four games, including a 36-point, 15-rebound, eight-assist, four-block performance in a win over the Raptors on Saturday. 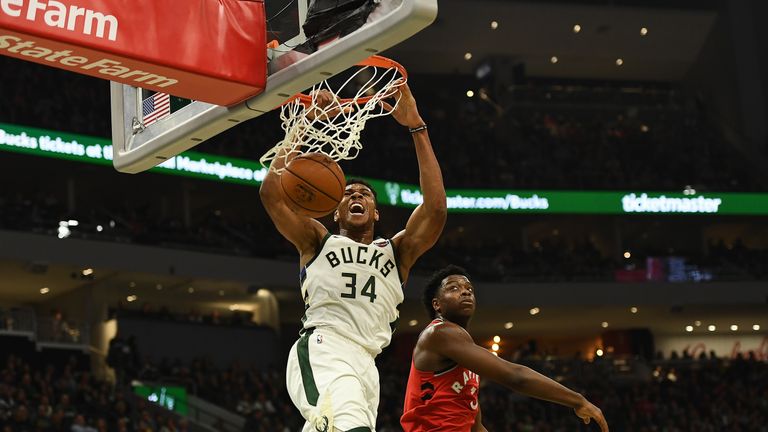 1:53 Giannis Antetokounmpo scored 36 points with 15 rebounds and eight assists against the Raptors in Milwaukee

He is also the first player in NBA history to tally at least 150 points, 80 rebounds and 40 assists in the first six games of a season.

This is the 10th time Antetokounmpo has won Player of the Week in his career. He won the award six times last season