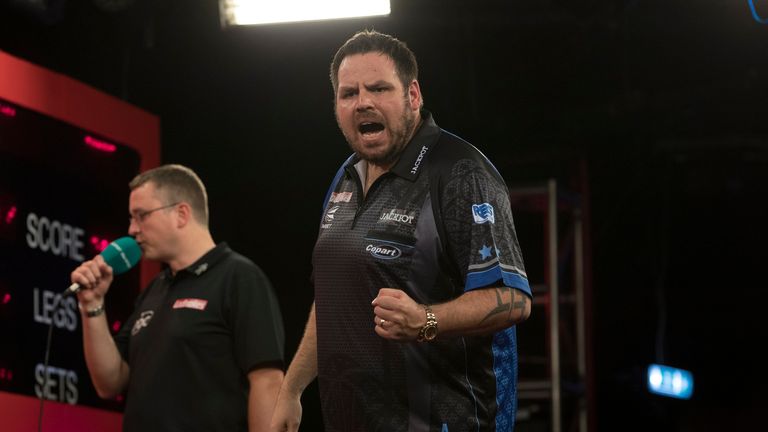 Robert Thornton, Adrian Lewis and Jamie Hughes were among the last eight players to seal their place in the 2019 Grand Slam of Darts in Monday’s qualifiers.

Two-time world champion Lewis beat Madars Razma and Terry Temple, before averaging 100 as he overcame Steve West 5-3 in their decider.

Former Premier League star Thornton, a runner-up in Wolverhampton in 2013, will make his first appearance in the tournament since 2016. The Scot averaged 106 to defeat Max Hopp in his opening game, before then defeating Spain’s Cristo Reyes and Dutchman Jermaine Wattimena to secure his spot at next week’s event. Brendan Dolan will also play in his first Grand Slam of Darts since 2016 as he continued his return to form by following up two Players Championship wins this year by qualifying. The Northern Irish ace saw off Dirk van Duijvenbode, Devon Petersen and Joe Cullen before averaging a huge 112 in a 5-1 win over Arron Monk in their decider.

The draw will be made at lunchtime on Tuesday, with 32 players being drawn into eight groups of four for the round-robin phase.

Check out daily Darts news on skysports.com/darts, our app for mobile devices and our Twitter account @skysportsdarts.

The action is back on your Sky Sports screens next month with the Grand Slam of Darts, nine days of coverage from the Aldersley Leisure Village gets underway on Saturday, November 9.